Over the course of his long and successful musical career, John Scofield crossed paths with people like Miles Davis, Charles Mingus, Gerry Mulligan, Herbie Hancock, Joe Henderson and Chet Baker. With his unique style and sound he became one of today’s most influential master guitarists and composers of jazz and fusion music.
His œuvre includes jazz, funk, rock and blues music. Reflecting on his long career he calls himself a road dog, which is a jazz term for musicians with a long touring history.

During his long and illustrious career there were so many outstanding albums and remarkable events and, not last to mention, so many great musicians Scofield had the chance to play with, that it’s impossible to put it all into one single narrative.
That’s why the film touches the most important milestones of his musical journey while focussing on the moment of now, to tell the story of what it takes to become a master musician.

INSIDE SCOFIELD is the in-depth-portrayal of the life of the acclaimed touring musician, composer and human being. Narrated completely by himself, John Scofield takes the viewer on an inspiring trip into the mind and soul of one of today’s finest in modern jazz.

Entirely shaped and inspired by Scofield’s work, the film is simultaneously a celebration of his creative impact as of true friendship, free communication and courage towards human imperfection, which seems to play a less dominant role in the popular fields of music but is an essential element in jazz.

“The sound that you get with your fingers.”

The film provides a wealth of rare insights, including exclusive backstage, soundcheck and personal footage, and meanders skilfully between biographical anecdotes and ongoing events. With John Scofield as humble, self- reflecting narrator of his own story, a remarkably versatile career, it becomes an ambitious trip into the mind and soul of a true master musician.

An ambitious trip into the mind and soul of a master musician.

From the fast-paced life on the road, to the seclusive life at home in Katonah, to those memorable times in The Village, his old neighbourhood on the west side of lower Manhattan, where Jazz moved on to another level and where he kicked off his career. There could be no better tour guide than John himself to show you around.

Much but not everything has changed since he was around.

The film also accompanies Scofield to the NYU Steinhardt Studios, the Musical Instrument Museum in Phoenix, a well-equipped guitar shop in Seattle and a typical Manhatten café, where he meets his old friend Joe Lovano to have a chat about the good old days. It all comes full circle when John returns back home after a long, extensive tour.

Along the way Scofield provides answers to the important questions of music: What is improvization? What has changed over the last 40 years of constant touring around the globe as a Road Dog, how has this change affected the music and how can one sustain its quality?

Inside Scofield is a film about the devotion to maintain a career in music, while appreciating the rare opportunity of being around great icons of the golden generation of jazz, as well as being a human playing together with other humans.

The future might also be a golden one: Against all odds and difficulties, music will be there to stay.

The US West Coast Tour 2018 of John’s band “Combo 66”, with Bill Stewart on drums, Gerald Clayton on piano, Vicente Archer on bass and Pat Murray as tour manager and sound engineer, was the debut of the mutual traveling experience of the filmmaker and the musicians and turned into the contentual fundament for the film.
Steineck accompanied the band for a few occasions in seven different cities over a period of three weeks, then afterwards for additional gigs on the following European leg of the same tour. Various concerts with different line-ups were filmed over the period of three years, but the Combo 66 US Tour remained as interconnecting element of INSIDE SCOFIELD. 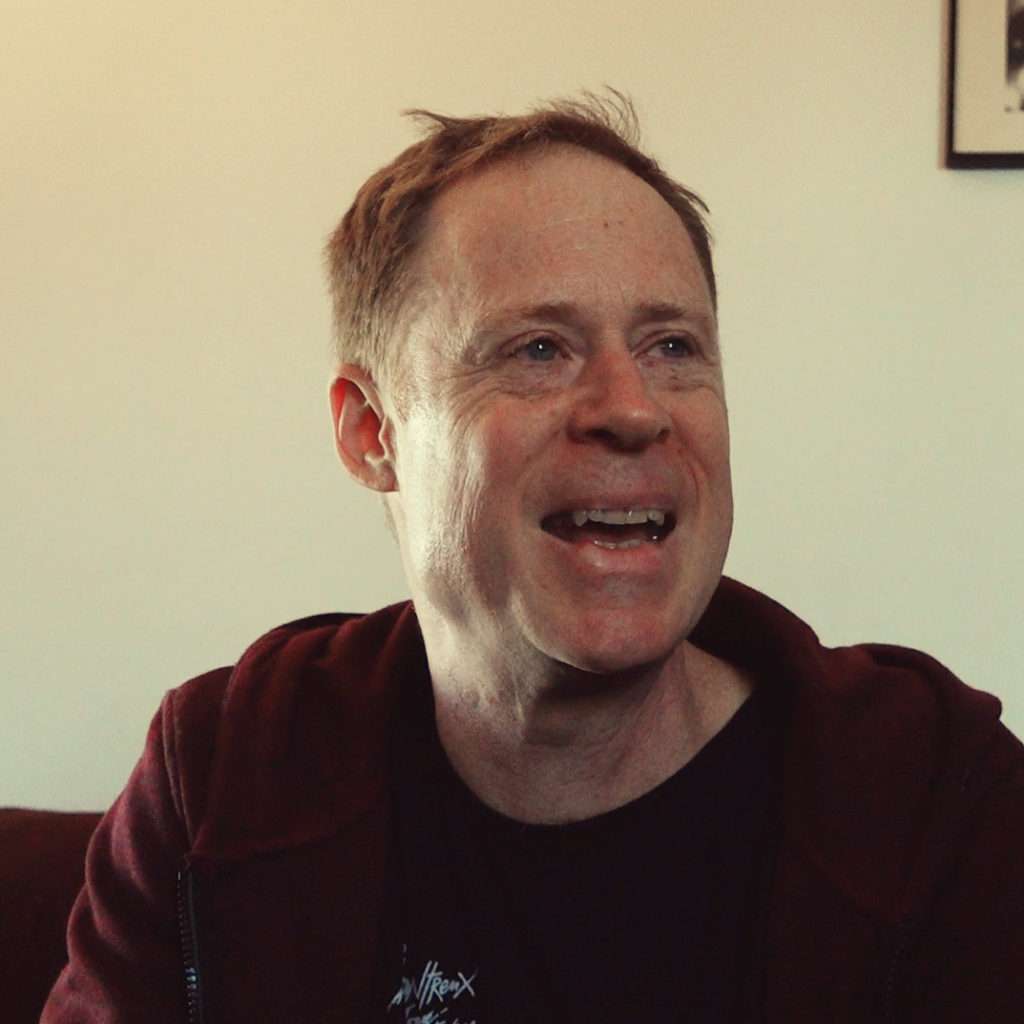 Bill Stewart is an American jazz drummer and composer. He’s a long-time collaborator with John but also performed with many others, such as Maceo Parker, Joe Lovano, Pat Metheny, Jim Hall (…). Bill Stewart’s playing is distinguished by its melodic focus and its layered character and has great dynamic precision, so he’s able to articulate with exactness and clarity. As a composer his style can be described as avant-garde. 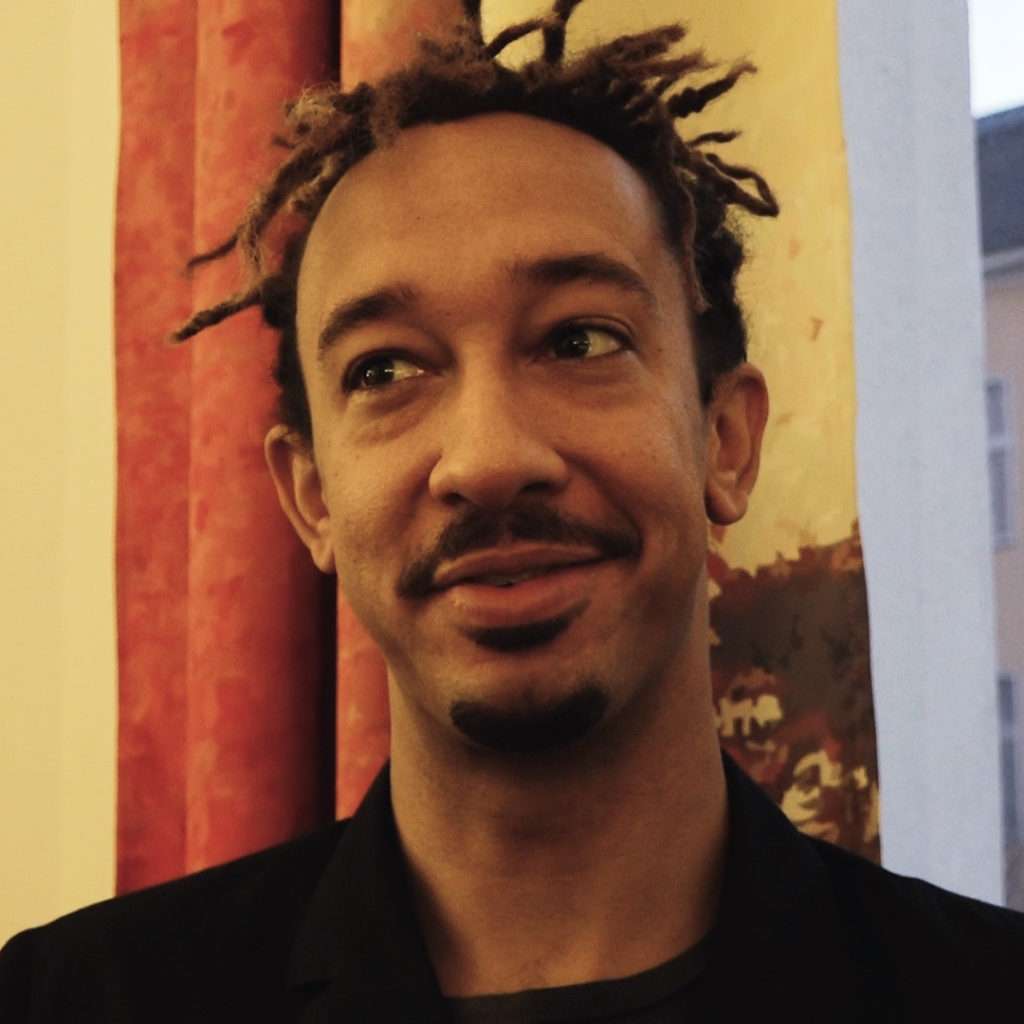 Gerald Clayton is the son of jazz bassist John Clayton (who has a short cameo in the film as well). For his young age he has already performed and recorded with many well-known names in jazz. Through the long-time friendship with John Clayton John Scofield knows Gerald and his musical growth since he was a child. It seems to be a natural evolution that Gerald became part of one of John’s projects since John calls him “one of the best piano players he has ever played with.” 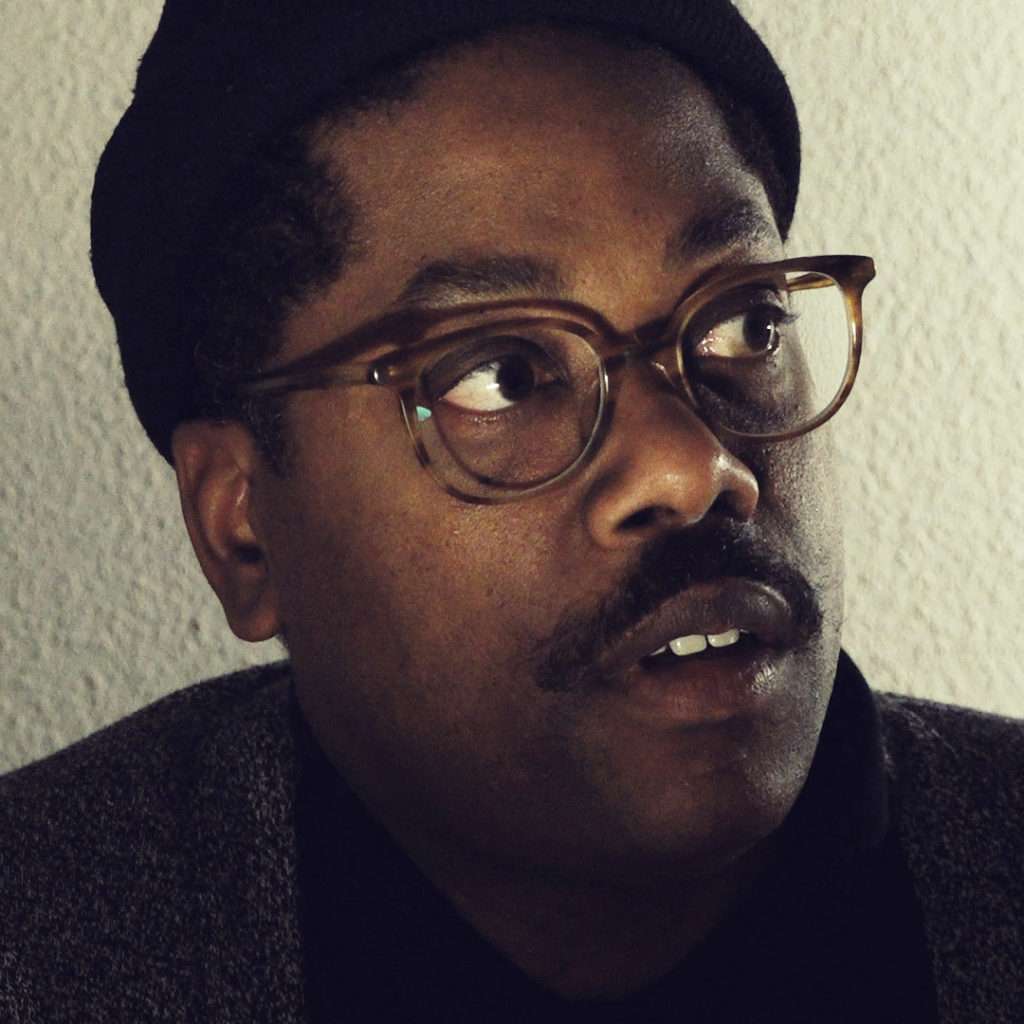 Vicente was born in Woodstock, NY, where he embraced the rich cultural arts by listening to local great jazz artists Dave Holland, Jimmy Cobb, Jack DeJohnette, among many others. In his early career within one year of switching from guitar to bass, the powerful alto saxophonist Donald Harrison asked him to join his group. Vicente Archer has emerged as one of today’s profound new voices on the bass and is a strong linchpin of Combo 66.

Pat is the tour manager, sound engineer and good spirit of Combo 66 and many other Scofield projects. Like John himself Pat’s long career also included being part of the Miles Davis band – although at different times – as Miles’s concert sound mixer between 1988-1990. Aside from being a great sound engineer and tour manager Pat is one of John’s closest friends. 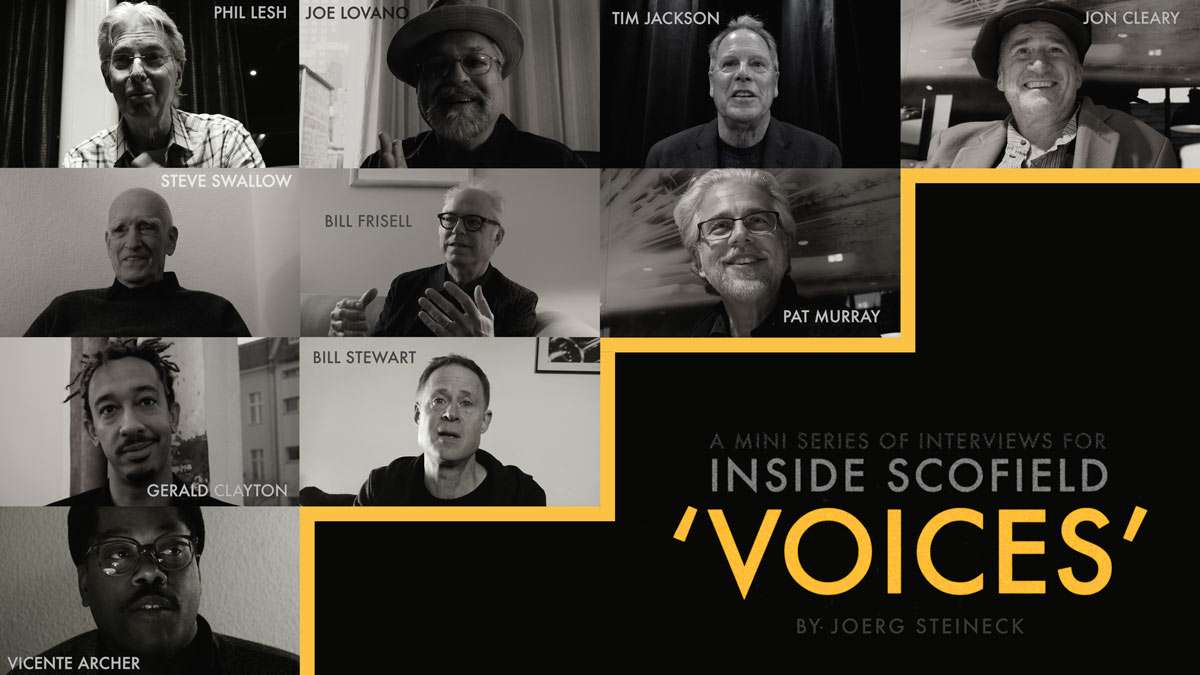 INSIDE SCOFIELD features short cameo appearances by some of John’s closest musical companions and friends.
The interviews were originally conducted for the film, but only a few excerpts made it into the final cut. The full length interviews were compiled into a mini-series called “VOICES – The Inside Scofield interviews”.

VOICES features some of the greats of modern jazz, commenting on mutual collaborations, their own career and jazz in general. It’s available for IFP Patrons and as part of the Inside Scofield VOD pack (coming soon). 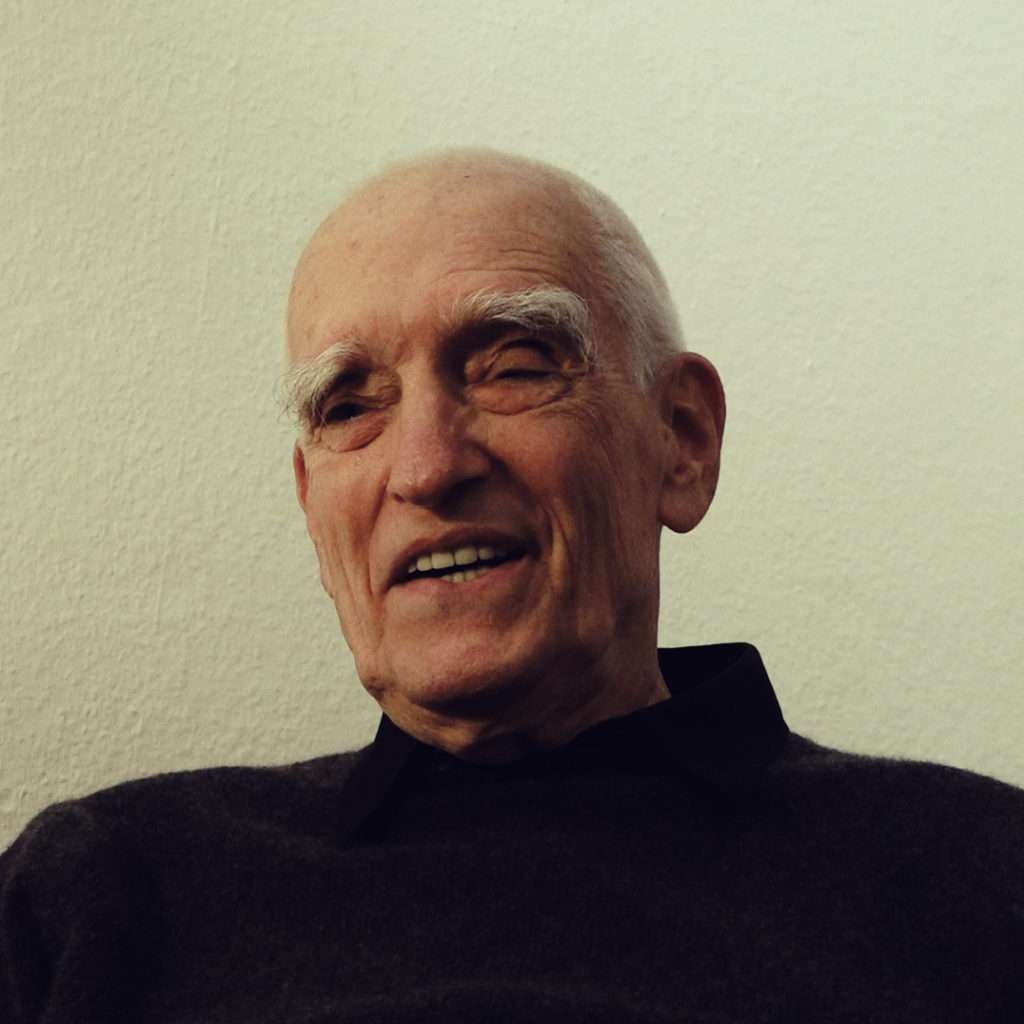 Steve Swallow is a bassist and composer. He was one of the first jazz double bassists to switch entirely to electric bass guitar. John Scofield calls him his mentor and one of his closest friends. 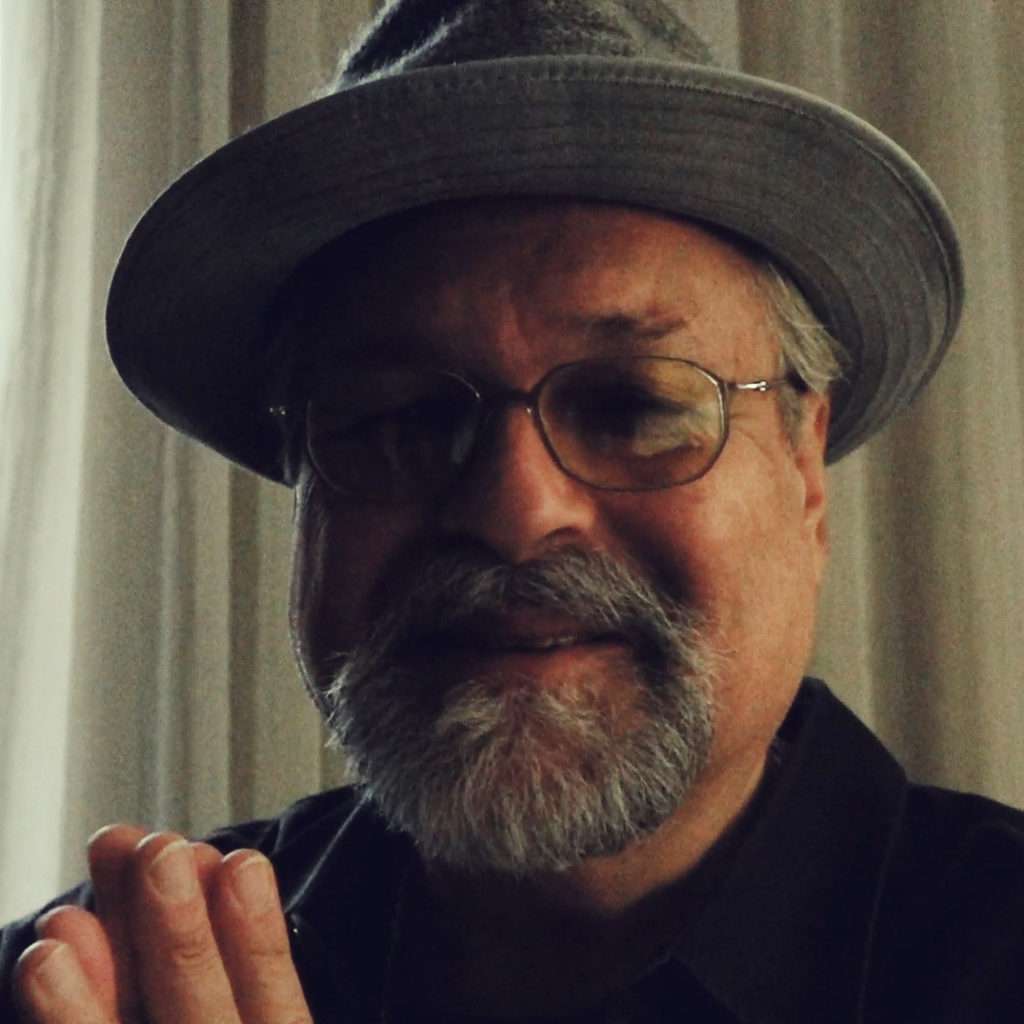 Joe Lovano is an American jazz saxophonist, alto clarinetist, flautist and drummer. In the mid 1980s he began working with John. Since then their professional and personal relationship remains – and whenever they have the chance to play together – they use it. 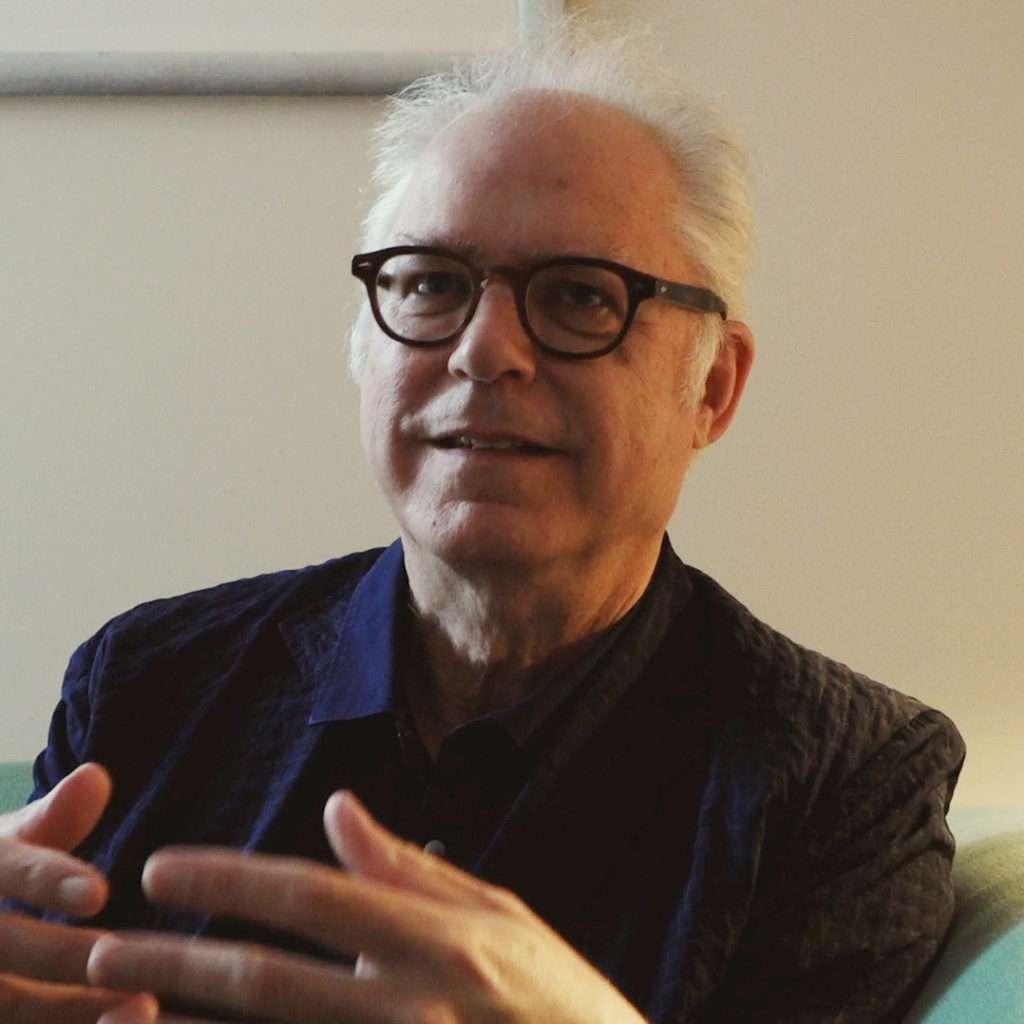 Bill Frisell is an American guitarist, composer and arranger. Together with Pat Metheny and John Scofield he is often mentioned as one of the leading guitarists in jazz music since the late 1980s. He played with both of them and maintained a friendship until today. 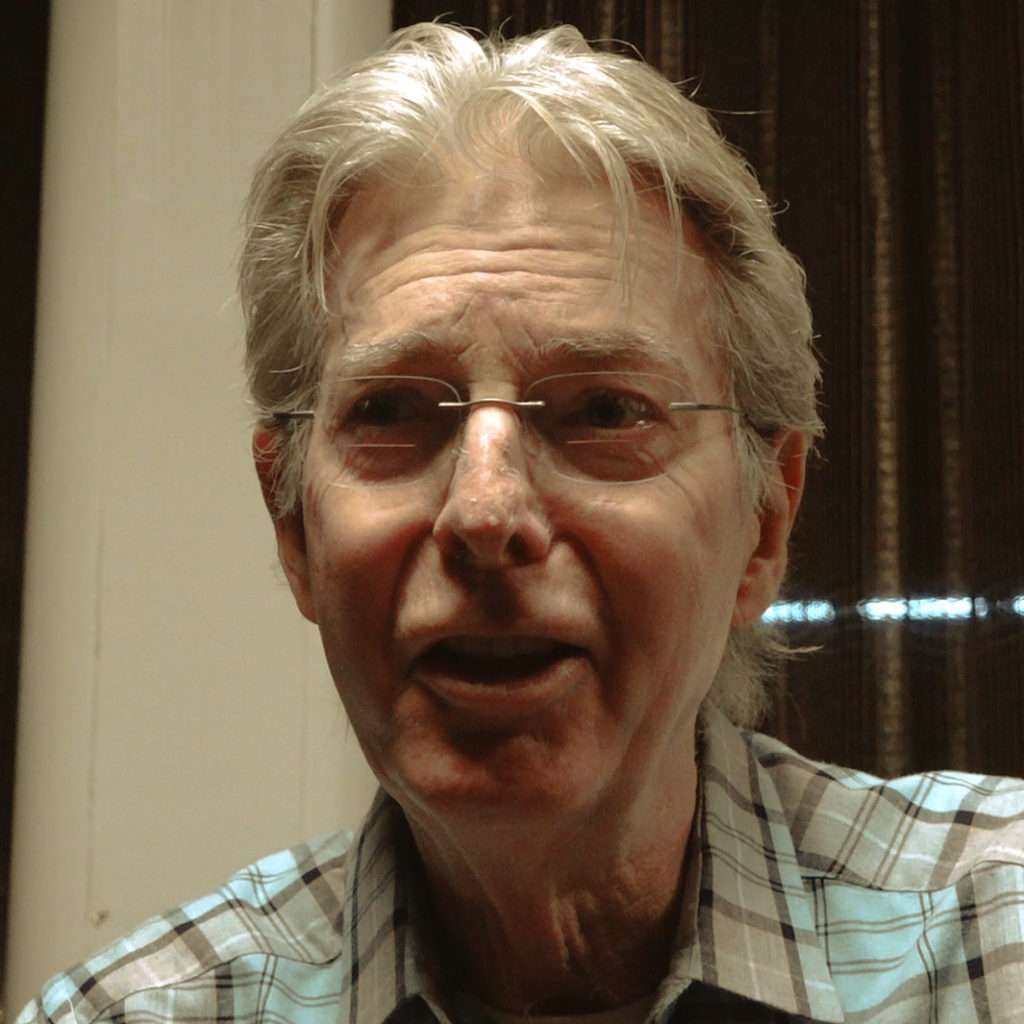 Phil Lesh is the former bassist and co-founder of the Grateful Dead. His band Phil & Friends is a group in that different lineups of musicians play, including John Scofield. 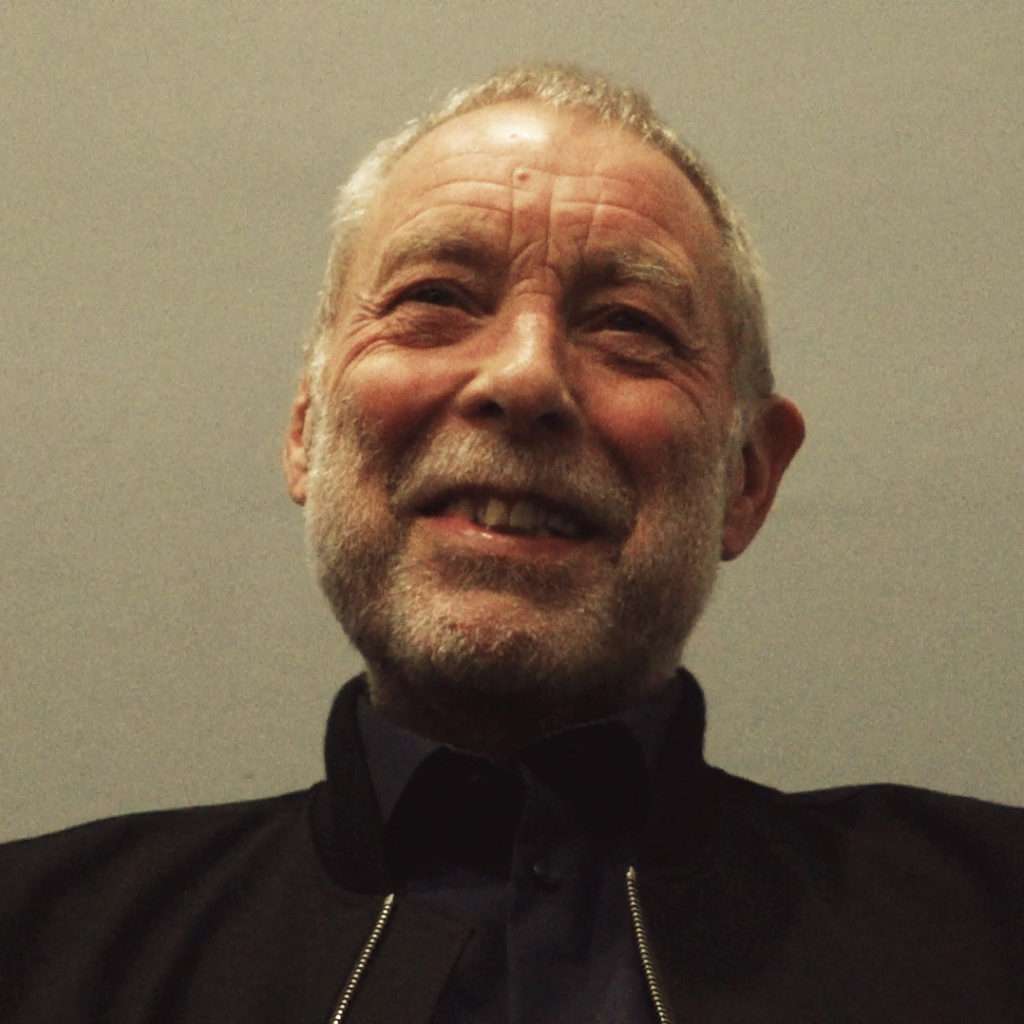 Dave Holland is an English jazz double bassist, composer and bandleader who has been performing and recording for five decades with some of the biggest names in jazz – e.g. with his friend John Scofield. 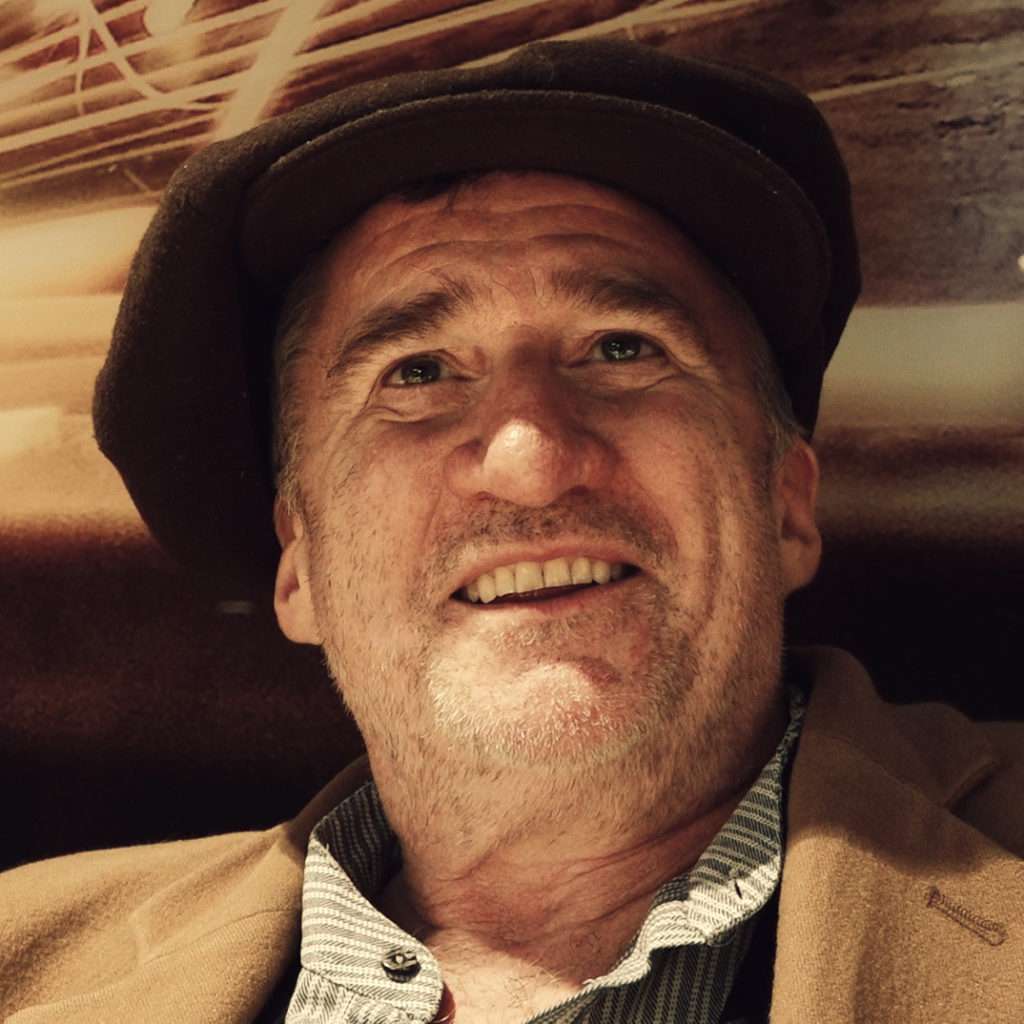 Jon Cleary is a British-born American funk and R&B musician based in New Orleans, Louisiana, where he has studied the musical culture and life of New Orleans. He is a pianist, vocalist and songwriter who has recorded and toured with John multiple times. 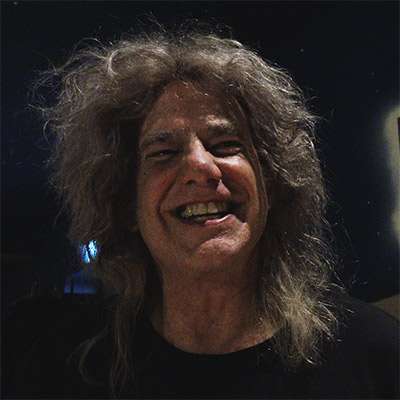 Patrick Bruce Metheny is an American jazz guitarist and composer. He is the leader of the Pat Metheny Group and is also involved in duets, solo works, and other side projects, e.g. with his friend John Scofield. 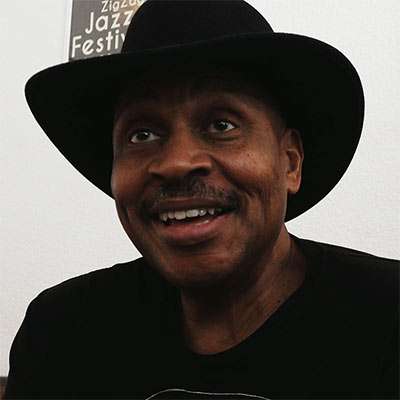 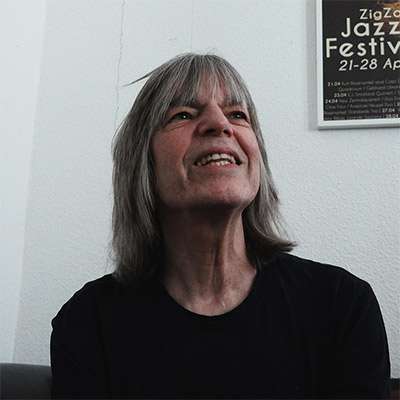 Mike Stern is an American jazz guitarist who joined Billy Cobham’s fusion band in 1979 and then two years later the Miles Davis band. He remained with Davis through 1983 until he was replaced by… John Scofield, who he later became friends with.

Dennis Chambers is an American drummer who was inducted into the Modern Drummer Hall of Fame in 2001. He has recorded and performed with John Scofield, George Duke, Brecker Brothers, Carlos Santana, Parliament / Funkadelic, John McLaughlin, Mike Stern and many others. 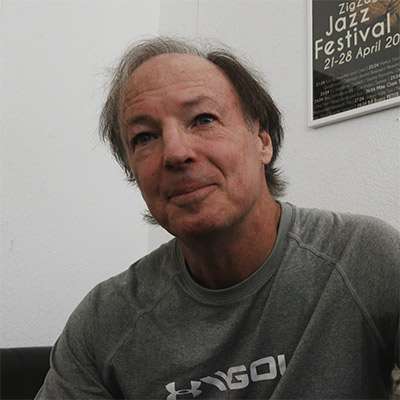 William D. Evans is an American jazz saxophonist, who was a member of the Miles Davis group in the 1980s and has since led several of his own bands, including Push and Soulgrass. Evans suggested John Scofield to Miles Davis during the time when Mike Stern went to rehab and had to be replaced.

When you visit our website, it may store information through your browser from specific services, usually in the form of cookies. Here you can change your Privacy preferences. It is worth noting that blocking some types of cookies may impact your experience on our website and the services we are able to offer.